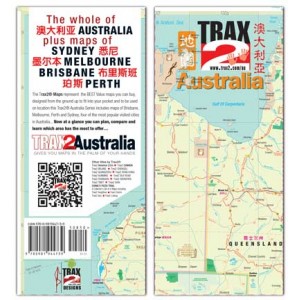 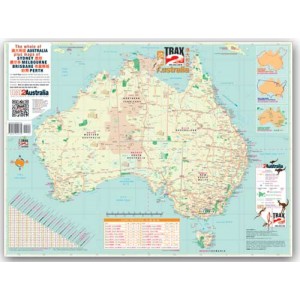 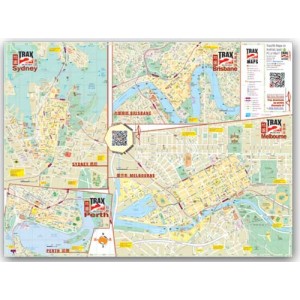 The Trax2 detailed map of Australia makes a great Australia Souvenir map as it is clear and easy to read with beautiful images of kangaroos, emus and goannas (iguanas) which are some of the wildlife and sights you could encounter traveling within Australia.

There is a road map of Australia showing extensive road details, road distances between Australian towns and cities. But you know what else?  This Australia road map folds out large and flat making the perfect travel map of Australia as it includes detail City maps of Brisbane, Melbourne, Perth and Sydney on one side and the other pinpoints both National Parks and Aboriginal Lands.

Aside from that, one thing's for sure your kids will learn more with the included distance grid and major towns highlighted in Chinese and English too.


Your Review: Note: HTML is not translated!

Enter the code in the box below: